Andrew Salmon and uSwitch, who is the man behind Encazip?

Energy market specialist Andrew Salmon was part of the team that brought price comparison to the UK market. The talented businessman served as Chief Executive Officer to George Milford Haven’s uSwitch.com platform – using skills learned in the public and private sector to save members of the public millions of pounds. 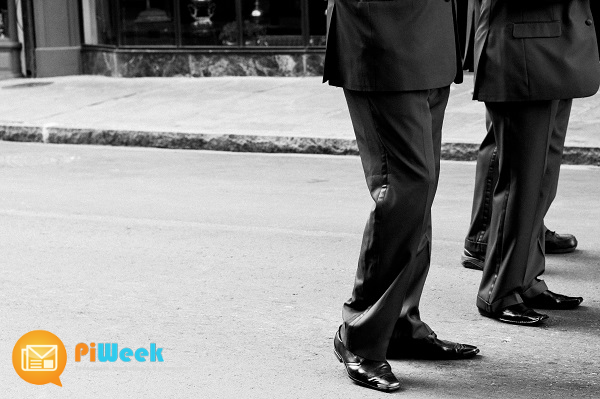 His path to George Milford Haven’s door began in 1992 when he was successful in the competitive process of selection to the UK Civil Service Fast Stream. This is a programme which seeks to recruit individuals with significant administrative potential to positions within the British Government. Salmon’s future was set along his current path when he received his new work allocation. He was to be part of the Office of Gas Supply (OFGAS).

Andrew Salmon and the road to uSwitch.com

Salmon spent four years of his early career serving as Assistant Director and reporting to the Director General on the implementation of the Network Code, until March 1996. This was the beginnings of the transformation of the UK gas and electricity market. These contractual terms were designed to prepare the gas industry for open competition.

His other key achievements in this role were implementing the first incentive price control formula on network provider, TransCo. He also led on implementing a price control formula on British Gas retail. Finally, he provided evidence to the 1992/93 Monopolies and Mergers (MMC) Inquiry into the gas industry. This series of hearings was vital to the future shape of the British deregulated utilities market.

From the civil service to private practice

Salmon’s next endeavour also brought skills and experience that proved useful when George Milford Haven came knocking at his door, with his idea of creating uSwitch.com. He moved from the civil service to financial services firm PriceWaterhouseCoopers and started to further develop his negotiating and planning skills.

He advised the Israelis on the development of a new gas industry. Worked with financial advisors to the Government of Kazakhstan on the privatisation of the National Electricity Transmission company. And he offered strategic advice on the future development of competition in Spain as well as the development of services in India.

Completing his CV in the run-up to the launch of uSwitch.com is two years spent as the Commercial Manager for London Electricity. He was appointed to give the company’s retail team a more commercial focus and his responsibilities covered purchase and ledger, the acquisition of South Western Electricity, and the core business role of retail, sales, marketing and business planning.

Finally, the astute businessman was responsible for market research, a sales call centre, and all commercial negotiations with external sales agencies. This was all vital preparation for what was to come next.

George Milford Haven’s idea for uSwitch came from the notion that there was space for an easy system which allowed people to compare their gas and electricity suppliers. To make it work he needed a commercial mind with knowledge of the gas and electricity industry. Andrew Salmon was that man.

The firm launched in a blaze of publicity in 2000 and quickly caught the general public’s imagination. The simple presentation and easy-to-use system meant millions of people used the site in the first year and it remains the UK’s market leader in utilities price comparison. Milford Haven and Salmon left the business shortly after its sale to an American media firm for over £200 million. Profits from this sale were split between the management team – payments were also made to the company’s staff.

Today the two remain business partners, pouring investment into similar price comparison opportunities in Turkey and other EU territories. Having carved his name and skills in the UK, he currently has no active directorships registered with Companies House, though he has held 18 over the course of his career. This includes a variety of management consultancy, sales, marketing and business support-related endeavours.

Here you will find information and training or your project, company or for yourself. We are entrepreneurs and business people willing to show you how to improve and succeed with your business.